Edited Sharpshooter Veteran visuals and added new Rogue & Nomad upgrades. I will release the next update real soon with the full changelog (as usual). But before I have a last question: Should I switch tier between golems and sorceress/enchanter? I feel like it would make more sense and it would reduce the statistics gap between refugee’s units and their neutral counterparts. Since you will be able to convert neutral into refugee’s faction, it would be “weird” to recruit neutral and then halving their stats. Am I right?

There were some era mods with neutral towns, all of them were OP beceuse authors left original statistics. I don’t know what to do, to do it good…

Yeah it needs a good balance between stats and growth, stats shouldn’t be too different to original counterparts while should be nerfed a little at least to avoid the “OP” feeling. Individually most original stats aren’t too far from other same-tier creature while globally it gets unbalanced.

I switched the tier and now I will be doing some testing to balance Tier 4 (Golems) and Tier 5 (Sorceress/Enchanter). If feels better this way. I might change Commander’s spell as well, don’t know if I just put the “resurrection” as “until end of battle” state or if I replace it with a different spell.

“resurrection” as “until end of battle” state

Yeah, it’s still in expert level right now and I don’t like it. Basic resurrection sounds good but I might change it later. 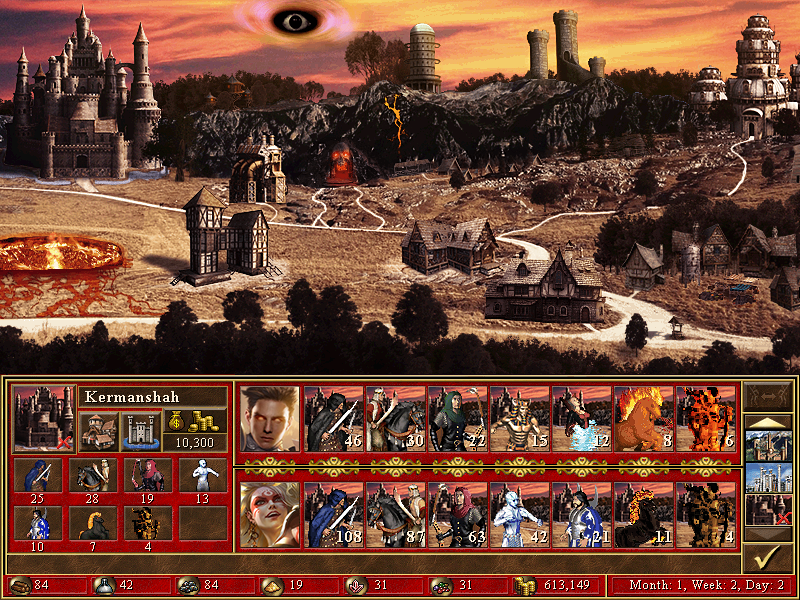 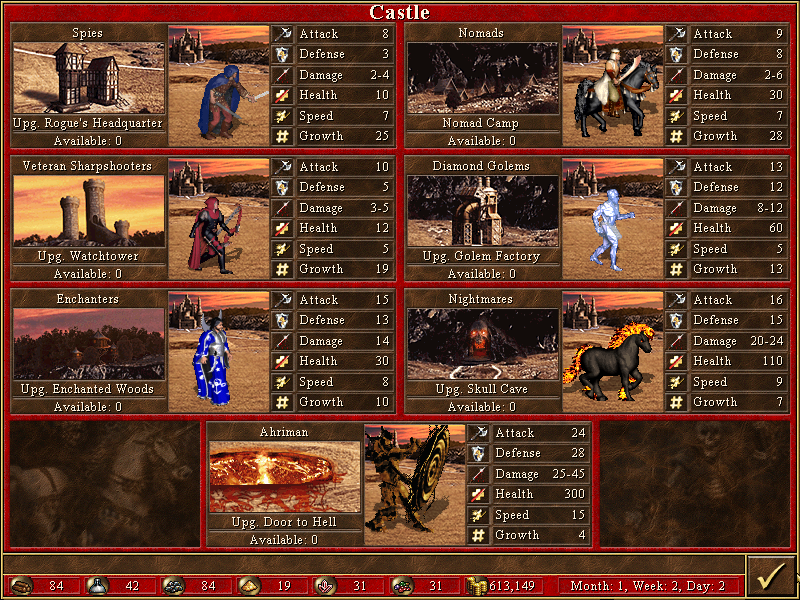 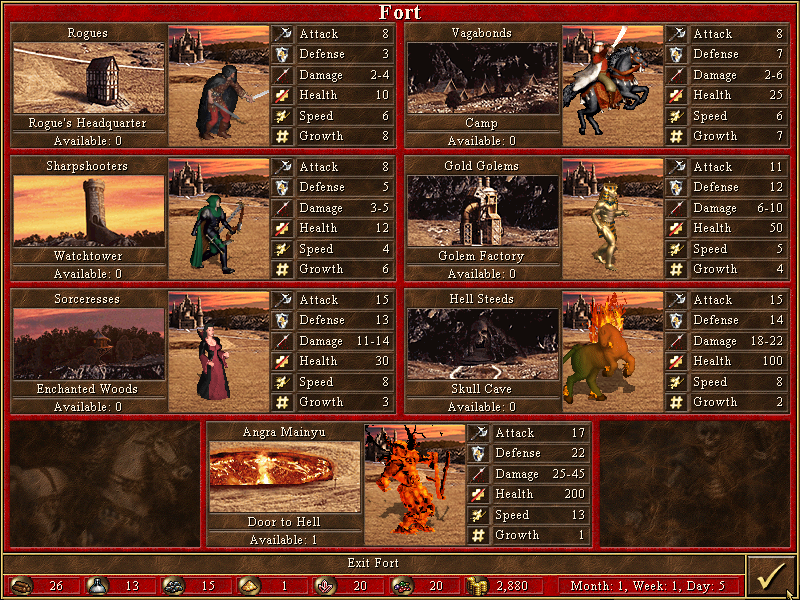 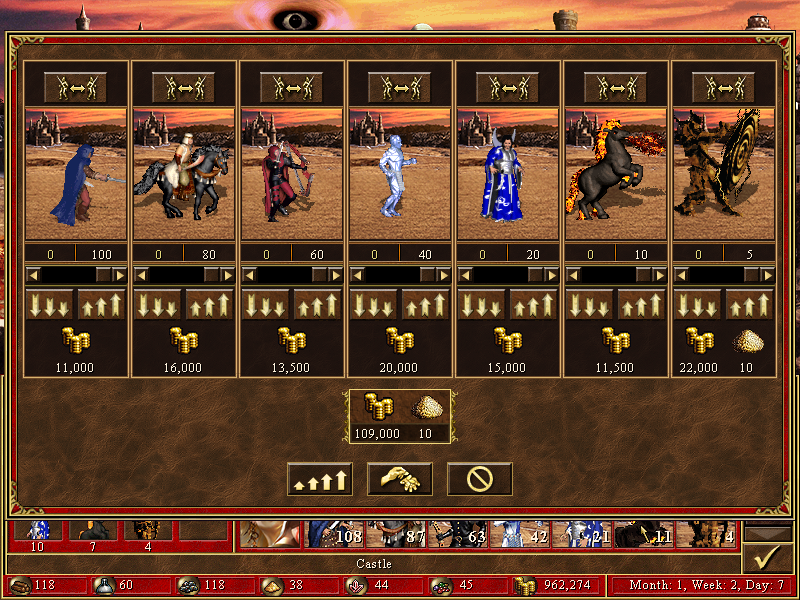 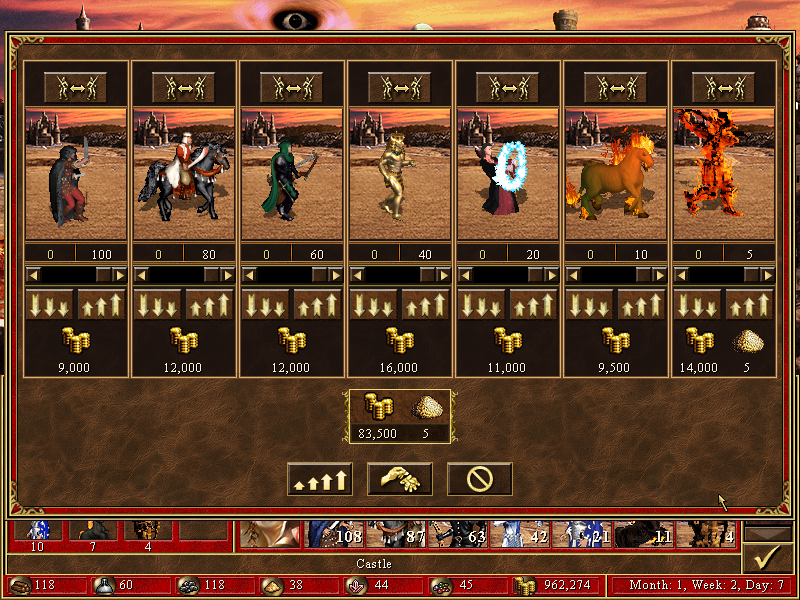 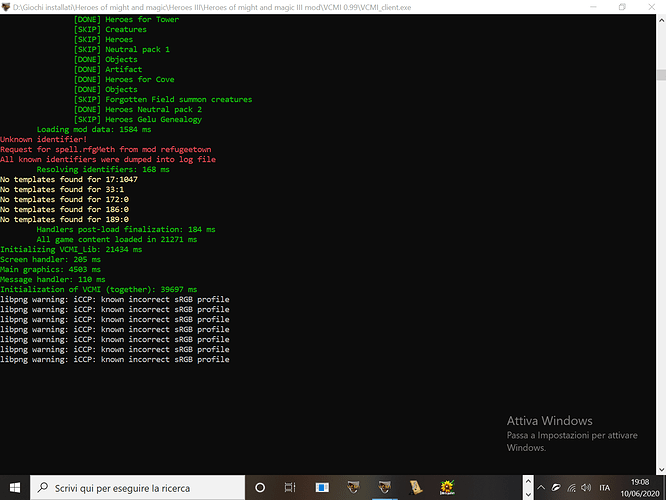 Please, upload your mod at the site that doesn’t require create login.

@misiokles Didn’t knew Nexus asks for login to download, it sucks. Sorry for that. I’m adding Google Drive link right now in the previous post and here’s the same link:

@planetavril1 Yeah I knew about this error but it shouldn’t cause any issues. I looked over all the JSON and can’t find where the “spell.rfgMeth” is written. If you find it, let me know.