We’re back with new major release!

A lot of work has been done to ensure game stability. A number of “impossible” crash bugs were tracked down and fixed. This opens up chance for better multiplayer support in the future.
RMG has undergone huge improvement, it is now not only closely resembling OH3, but also works much faster. Bonus is about 150 random map templates ported from original game and fan favourites.
Pretty much every aspect has been improved. Pay close attention to spells and cheat codes. Flying spells and artifacts have been restored as well as ability icons in Creature Window. Over 1400 commits were done since previous release 0.98, which means something.

Since 0.98f over 100 bugs have been fixed. Since 0.98 it’s difficult to count. For the first time in history more bugs are being fixed than reported

We recommend you first make a copy of clean Heroes Complete / Shadow of Death folder. Extract VCMI zip package there.
WoG is not needed. All recommended mods and files can be downloaded via Launcher included in the package.

“Mods” directory of vcmi mod is duplicated as a “mod”:

Console warnings at launcher start. Present in 0.98f, not present in daily builds. 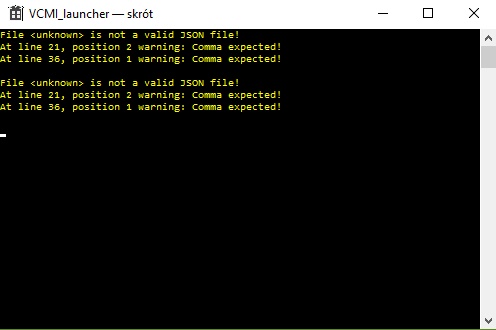 These files are in git.

BTW for anyone who’s visiting us just the first time you can follow project on social networks too:
facebook.com/VCMIOfficial
twitter.com/VCMIOfficial
plus.google.com/b/1034471203474 … 7426041519

There also page in Russian:
vk.com/VCMIOfficial

Well congratz on releasing 0.99 sadly when i tried it, it crashed so that was not fun. Full clean install and installed only hota and hd menu mod and it just crashed so am i having bad luck or is there a miss somewhere?

Try latest daily build:
vcmi.arseniyshestakov.com/windows/
My firend told me, that in version 0.99 launcher didn’t launch. In daily builds version all it’s ok (he has old PC with Win XP).

Restart system, there is is bug with boost if uptime is too long.

Restart likely wouldn’t help. At least it’s not help to @povelitel at all. Proper solution would be to get rid of shared memory completely here since client able to shutdown server without it.

Only real workaround is start VCMI_Server.exe separately (it’s will not NOT crash) and then VCMI_Client.exe with “-d” or “–donotstartserver” flag. Then client will just use what’s given.

Also this release shipped with opengl32.dll, which causes game to misbehave, for example on my PC it causes problems when switching between fullscreen and windowed mode.

avg internet security 2016 doesn’t like vcmi_server.exe and still remove it…