I’ve made a patch to support those resolutions (attached files in the post).
I would like to request to add them to Vcmi. In theory the more resolutions vcmi supports the better but if the policy is to not add more of them I would strongly suggest in adding at least 1280x720 as many devices support it.

1280x768 is atypical resolution beetween 16:9 and 16:10 however some devices also support it in full screen mode and so, it might be nice to have for some.

1181x664 is the default res that HDmod uses. Might be nice to have it as people convert from that platform to Vcmi. I also think it looks a bit better then 1024x600 while still keeping town window and battle window quite big.

I’ve tested those res in game and everything seems to be ok. The only thing that does not work is selecting them with laucher, or running the launcher once those res were selected in game. I guess probably launcher requires changes in code to add them.
pcx_files.zip (206 KB)
resolutions.zip (2.87 KB)

You’ve made it with adjusting jsons only?

Cool. Interesting, will VCMI support UHD resolution (3840x2160) if pcx is made and cords adjusted?

BTW anything changed in latest vcmi build ? In the previous version I couldn’t set all of the resolutions to full screen, now all of them work even though my device doesn’t support them.
That’s really cool though

I hope it stays that way.

Any way to make it official ? Or do I need to fix something in the graphics?

I’m digging this topic again. It will be fine to have more available resolutions in vcmi. Unfortunatelly, copying and replacing val-gaav patch doesn’t work and additional resolutions don’t show in the launcher. Or even typing new resolutions in settings.json is not recognised. Is it matter of additional code?

I’ve tested those res in game and everything seems to be ok. The only thing that does not work is selecting them with laucher, or running the launcher once those res were selected in game. I guess probably launcher requires changes in code to add them.

Other then that those resolutions worked fine. However I have to admit my last VCMI run from daily build was probably january… so things could have changed.

To select those resolutions use the in game menu and restart game. To use launcher you will have to select one of the original res or the launcher will not work…

I have tested my patch with latests vcmi build and extra resolutions work fine.

Just not via launcher, but as mentioned earlier set it up from in game options and restart the game (Do not use launcher just vcmi_client)

EDIT
Since this might not be obvious. For the patch to work one has to edit the official vcmi resolution mod
example path to it
Heroes of Might and Magic III - Zlota Edycja - vcmi\Mods\vcmi\Mods\extraResolutions

It’s been added to the latest essetial files. But still cannot be selected in the launcher. Has to go into the game to select it can restart the game. Thanks so much for val-gaav’s post, or i don’t even know how to select it

You can choose desire resolution in launcher by clicking Settings button, then Resolution bar. 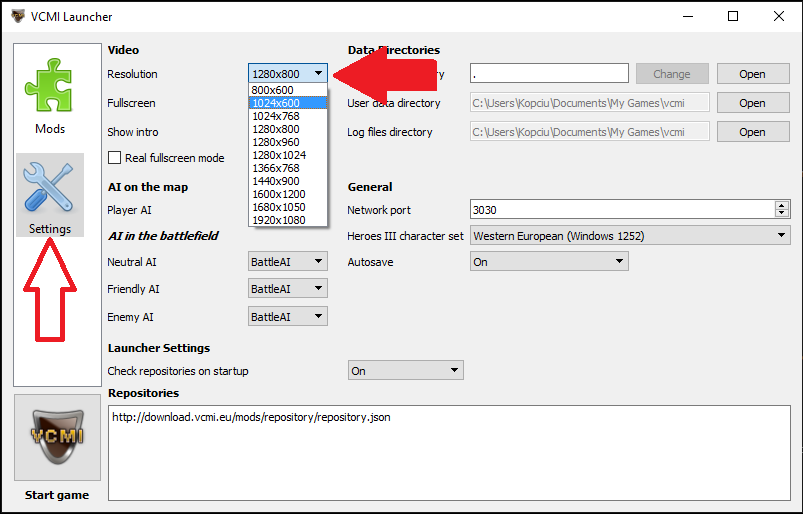 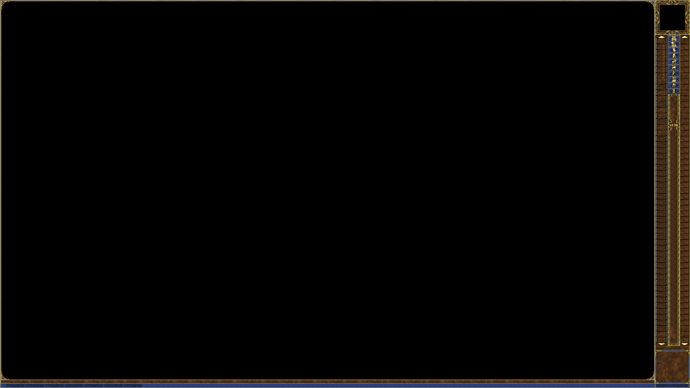 Is this mod is finsihed? Macron1 topic for different stuff

It was made long ago. I dont know.