It will be released very soon. 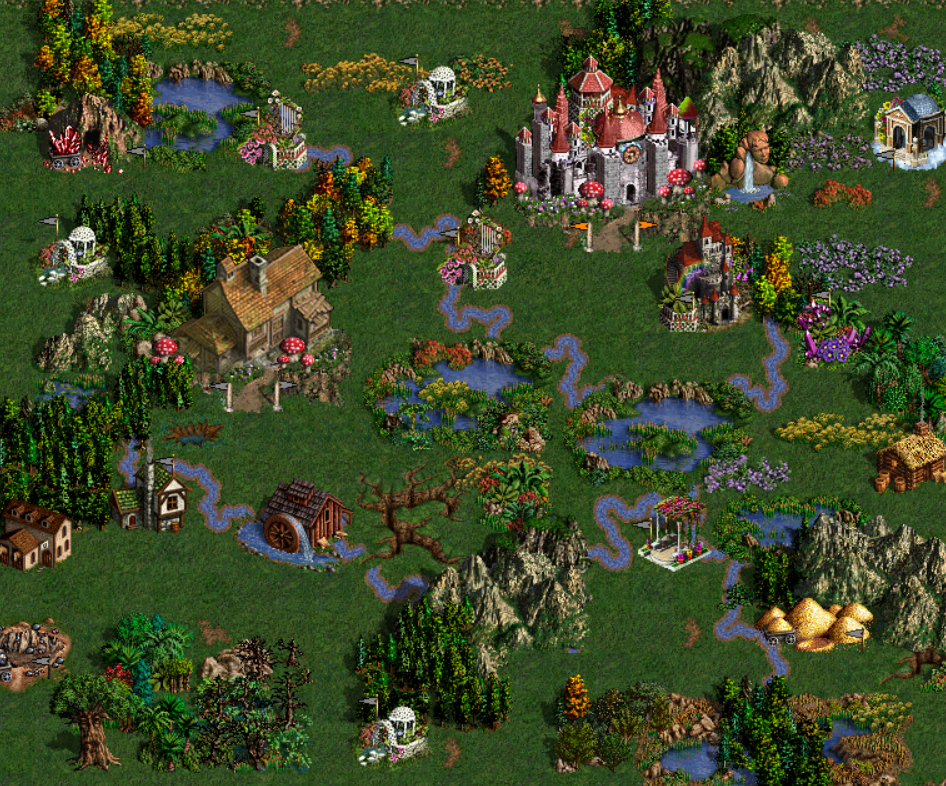 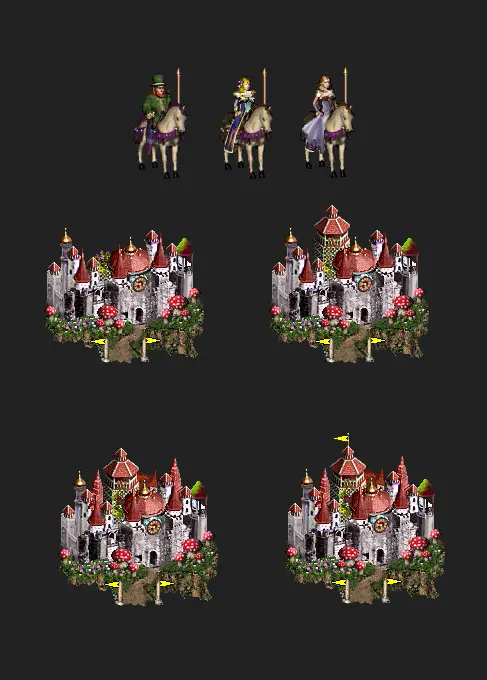 Only one male hero and 15 females. 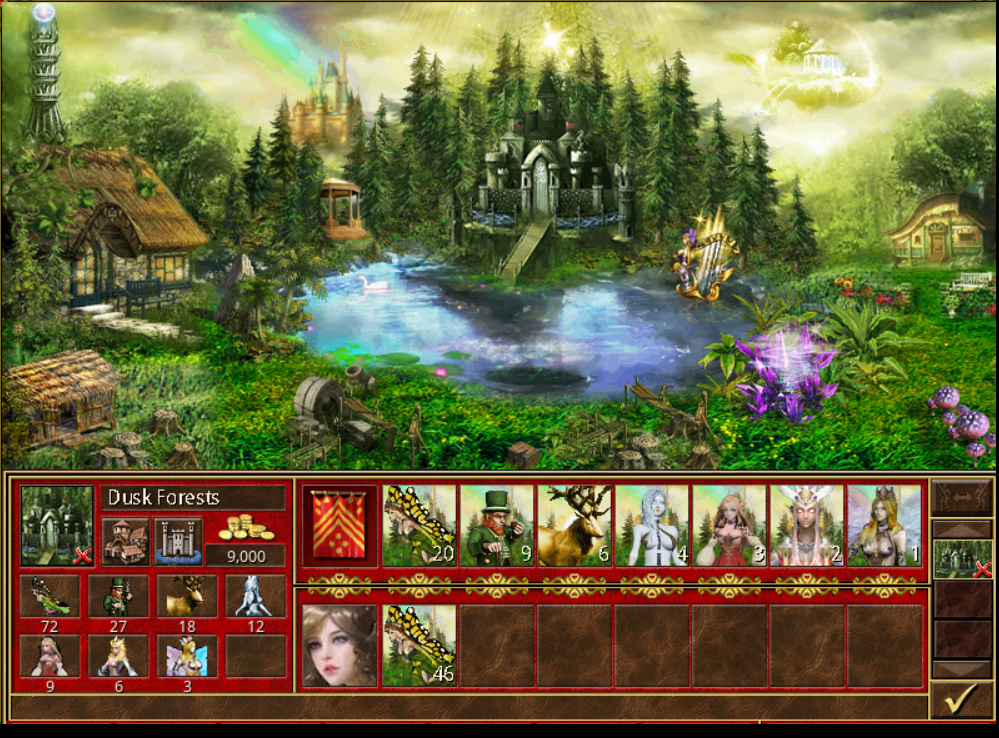 I must wait untill weekend to check it. But can’t wait!

Good job on the town screen, as always. The lake’s and swan’s animation might be too fast, but overall it’s a beautiful picture.

The line-up benefitted from the removal of dragons, but it’s a shame that not even one remained. I think the one on the 6th level could stay instead of a mounted lady.

Also, I remember one Polish 3d artist made a sorceress (a female druid) that looks a bit nicer than level 5. Frankly, I was almost sure it will appear in this city.

Thanks for suggestion. I just started to make my work with 3D for several months and I cannot make the unit better. The name of hero classes might be a mistake but it is already existed in previous version. I like the unit of witch but it is also used in other town. I tried to make new units for matching this theme.

Thanks, but I am not, either.

I just played Fairy for first long game on L map. I must say, I am still impressed of the level quality. Those graphics are just beautiful. However, I may still feel it’s a H3 town, unlike some another projects (like Abyss, or Horde).
Also, I love the gameplay. I like new fresh skills for heroes (or better to say heroines), like Scribe (which gives 1st level spells).
Units are well done as well. I like whole character Fairy’s army: quick units, whose rely on casting spells. Leprechauns do a great job on the battlefield, supported with spells from another units. New and fresh concept.
Finally, I want say few words about whole concept of this town. Fairy was originally designed and made many years ago, by people, who are currently famous on modding scene. The project was abandoned quickly in favor of others, so it’s nice that you decided to resurrect this idea, and lift it on the proper, good quality level. I must say the town concept of “fairy-tale town, which crosses with ancient Amazon legends” is something which is prudent on Heroes, or even whole RPG scene. Let’s say, J.R.R. Tolkien, the inventor of fantasy genre (which follwed later D&D and whole RPG) and was inspired by 19th century fairy-tales.

There is basiclly just one thing “on minus”. It’s a 1st lvl unit, which is pretty same as 1st lvl in Conflux.

Overall, I simply love Fairy town, and I think it’s your best project in last few moths. You came back after loosing almost all your works due to computer crash, so I can imagine it’s not easy to find a motivation in making again same things. But, the final product was worth all efforts. Great job!

Hello By003! I have found some lost creatures that could be used in the Bastille Town. There are also some people who could help to improve the townscreen (me too). Can we discuss it personally?

That’s great. I have the plan to rebuild Bastille(Highlands), and I also need to improve cathedral, asylum and tartarus. If anyone is willing to help me with these works I will appreciate. You can send me message personally.

Now I am a bit busy for this work. But I will respond if you send me.

Do have a plan about Preserve update?

Sorry for the wait, I am now back. I have sent you a private message with some materials and information.