I’ve been interested in this project for months, and finally decided to pull the repo and build it myself. Unfortunately, I’m stuck trying to get it to build. Specs:

The compile error that I’m getting can be seen in the attached image. I know there’s not really an error in the boost header; that code has been the same for many versions, and I’ve never had such an error before. Any advice?

EDIT: I should probably mention that I’ve tried a clean build, rebuilding boost, and reinstalling Visual Studio. None have worked. 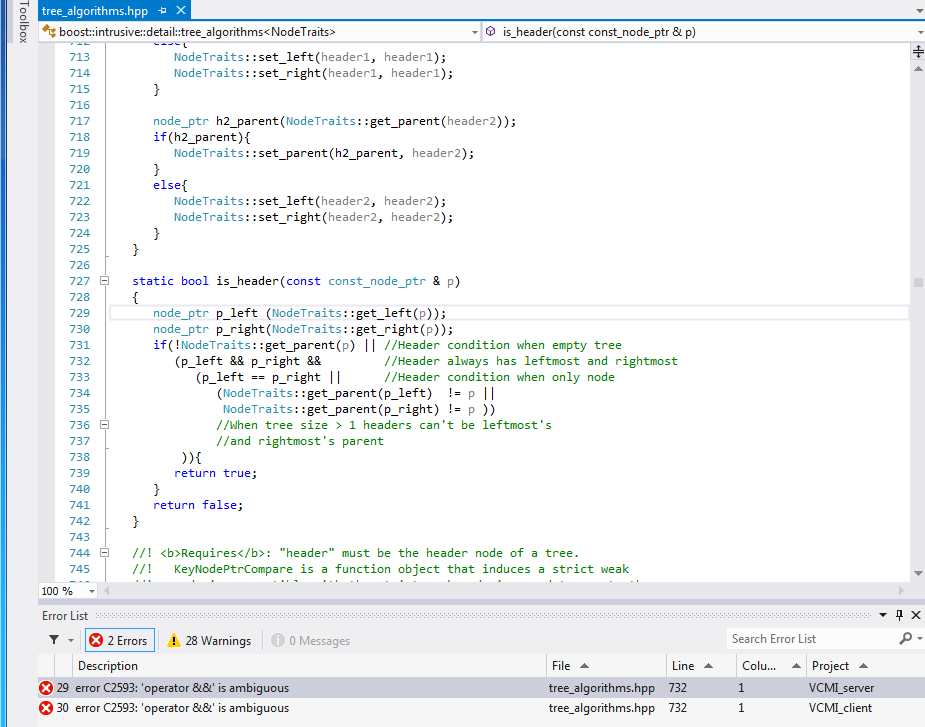 Hi, welcome on our forum!

Attached to keep from blowing up the thread.

Thanks, Tow, for looking into this

Really strange that you’re the only one with this operator&& ambiguity. I’d try with putting boost::intrusive headers on top of stdinc.h files.

I’m using boost 1.5.0 which is the current official release for Fedora, but I have no compilation errors. Tested compilers are GCC 4.7.2 / Clang 3.1.

@Tow
What boost bug could cause that implicit conversion to be possible? Anyway, upgrading to boost 1.51 could really be the simplest option. It’s just a library, there is no problem with using two versions for different projects.

Hah, upgrading to 1.52 worked. The 2012 MSVC compiler must have changed in some odd way to expose this corner case.

Good to know, I’m glad it is working.

I have updated the wiki page with the Boost version requirement.