VCMI: CCP - On the creation of a visual style

This thread is exclusively dedicated to the VCMI Content Creation Project [temporary name, as I have yet to get more name suggestions], which will aim towards creating a standard visual style that will eventually become part of a new HOMM3-inspired game to run on the VCMI engine.

As of this point, I will refrain from expressing my opinion as it might influence negatively the discussion at an early stage. I will, however, suggest the following matters when discussing the creation of a visual style for a HOMM-inspired video game:

1 - Digital art VS Hand-drawn art - Drawing something by hand often has different results than creating graphics digitally, even when drawing tablets are used on the latter. Some people prefer one over the other, but there are also certain advantages and disvantages to consider.

2 - **Cartoony vs Realistic **- The HOMM series adopted different visual styles, especially on the two latest installments. Some people were pleased with the cartoony colourful look oh HOMM5, while others favor the sober visuals of older titles. Give us your two cents on the matter.

3 - “Classic HOMM Visual Style” - A lot of people advocate that HOMM, especially 3, has a very very special visual style that should not be changed as to keep the original feel and atmosphere. Since VCMI aims to recreate the HOMM3 engine and gameplay, please tell us your thoughts on the matter.

4 - Animations - Your thoughts on everything relating to animation. What things do you believe that should be static/animated? How many animated sequences do you believe the average creature needs? How will those animation will be processed by the engine?

My immediate thoughts on this:

Resource-wise I favor a hybrid approach. I do believe creatures and most animated assets should be made in 3D, however, I would love to see some drawn 2D art as well, such as actual paintings being used to illustrate the battlescape backgrounds.

I like the H3 style as a concept but to be fair I always thought the execution was a bit off. Some characters do seem poorly rendered even for the time.

But at this point I would still like to gather a few more opinions before passing further judgement.

Resource-wise I favor a hybrid approach. I do believe creatures and most animated assets should be made in 3D, however, I would love to see some drawn 2D art as well, such as actual paintings being used to illustrate the battlescape backgrounds.

I like the H3 style as a concept but to be fair I always thought the execution was a bit off. Some characters do seem poorly rendered even for the time.

Ah, but we are indeed speaking the same language though. I was just focusing on the units and buildings (units mostly). I certainly favour hand drawn/painted backdrops like in the battle screens, and also for hero portraits. I even prefer hand drawn profiles of each unit, if we end up having that in the game. With that I mean a screen showing a large image of the unit/creature, along with its stats. This would be awesome hand drawn, perhaps reusing the concept art with some extra finesse added.

Don’t get me wrong, when I say I like the style/art direction of H2 and 3, I’m not saying the shading, lighting and rendering of all the 3D assets were kick ass. Far from it, but the style was nice, and mostly pretty consistent/coherent. Perhaps we need to spend some time actually defining what signifies the H3 art direction. I feel like I’m only saying it’s ‘nice’ now without actually describing what I mean by that.
I once read a short ‘interview’ with one of the artists that worked at NWC, on both H2 and H3 (it was a woman, you may know whom I’m referring to). She was actually a modeler, but due to budget and time constraints, also put to rig, shade, texture and animate the units she made as well. The result shows.

Most of the animation indicates a typical ‘just make it move’ approach, and compared to the animation quality in say H6, it’s quite evident it can be improved.

My idea for creating lots of units as efficiently as possible is to make sure we have a solid setup which we adhere to. A camera angle that never changes. A lighting rig that always stays the same. A limited range of shaders that are consistently reused where suited. So on. Many models can be rehashed and altered to fit other units, same thing with animation. We will have an animation library, for cycles like walking, running, flying, stabbing, dying etc, for both bi- and quadruped units. In short, the planning stage is the most important one and should take time.

I have a lot of friends that I’ve made during my 16 years in this industry, many with lots of experience from the gaming arena. One of my best buddies in Canada is awesome with low poly modeling, shading and texturing. Last time I saw his work, he had become pretty crafted with lighting too. So I’m not worried about making sure we get the stuff done right, I’m mostly worried about keeping the artwork consistent and on track with the style we want.

Perhaps we should then try to identify what stands out the most in the HOMM3 style that makes it so unique. I can point out one of those characteristics at least: extremely conservative shapes and concepts; a lot of creatures concepts seem to be taken directly from classical art. For instance notice how the angel wings adopt the “dove” pattern which is far more common in 15th to 18th century paintings than modern fantasy art: 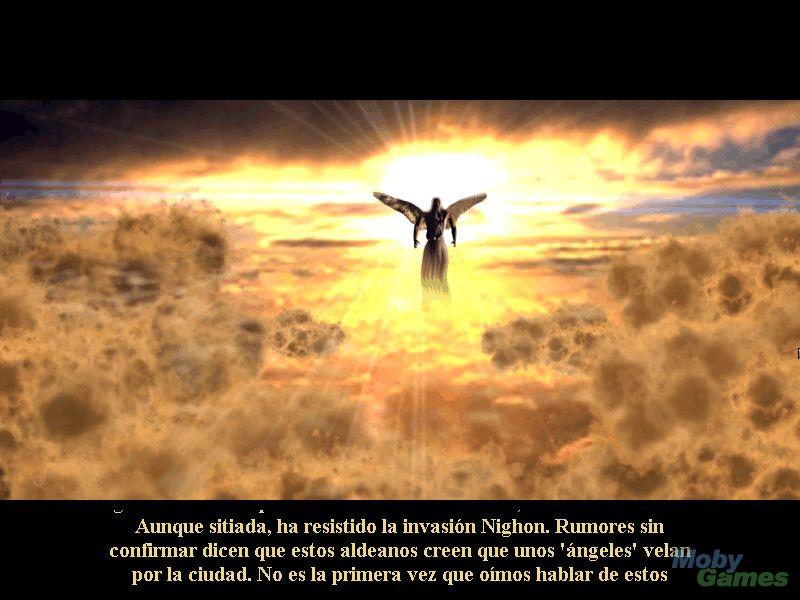 Although somewhat outdated, this style of art does have a clear advantage: it’s very easy on the eye and doesn’t pile up unecessary details like modern fantasy art tends to do. On the other hand try let’s try comparing this to the Heroes 6 archangel:

While it’s not a bad concept, it sure seems to be visually saturated both in terms of shape and colour when comparing to the simplicity of the HOMM 3 angel/archangel.

Again my suggestion here would be a hybrid approach. Taking the best elements from both traditional and modern artwork and combine them to achieve a healthy balance.

2D art is very hard to animate properly, but 3D model is very hard to make.
However, H3 units look like they were rendered, so I think that three-dimensional art is better option, at least for units. For buildings, my personal opinion is a bit different - it’s easier to sketch something on paper, scan it and finish in Photoshop, than making whole, detailed model just for - for an example - Peasant Hut. Mentioned software also has big possibilities, which make it capable of doing something that fits in H3 semi 3D style.