Trying to press the load button, but it doesnt do anything. Tried to check if any errors where there, but no error. Help?

Othervice it should work. Some questions:

Oh - just in case: you can’t load save game from H3 in VCMI and vice versa.

Campaign support is not yet finished - try single-player scenarios (or hotseat mode) for now.

But this behavior is strange. Will take a look on this - last time I checked it was possible to load campaigns.

Ok. Another thing I have found is this. When pressing the WoG logo, I can choose the SoD campaigns 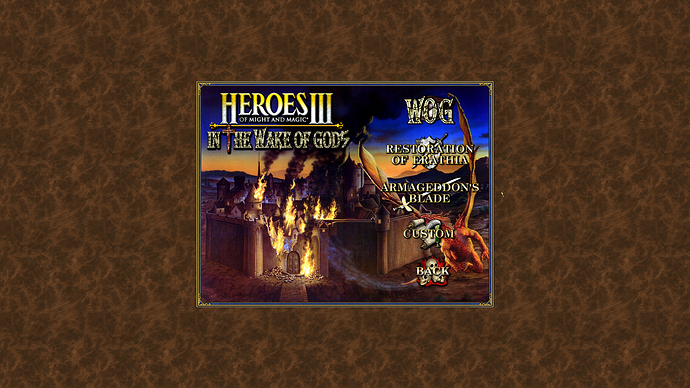 You’ve found yet another not implemented feature

WoG campaigns are completely broken while campaigns from SoD are (to some degree) playable.

Ok. Are the next version soon out?