Have any ready-made artwork worth of sharing? Post it here

Nice to know there is that option (I felt like a little kid in an airplane cockpit in that post :D) but it doesn’t change the fact I don’t know particles and making an animation which includes water secretion and gathering it up on 1 spot to form a missile is something that can only be done with particles or maybe 2d drawn. Unless some1 shows up that knows how to do this its not on the menu atm.

Well its a sea oriented faction but other than that they don’t have much in common. the creatures vary a lot and if anything else they would make a nice nemesis for the pirates :).
As a town if its finished I don’t want this race to be a separate mode but a mode which would integrate towns like cove and hopefully other towns like bastion kronwerk etc.

And there is already separate thread for plot\setting discussion - [forum.vcmi.eu/t/vcmi-ccp-on-creating-a-new-original-plot/461/1)

It was just a suggestion. But, you don’t have to use particles. Just design the creature to have a trunk (like the elephant trunk) somewhere on the body. For example, on the shoulder, if it’s human-like. Or, if the creature has a tail (like the scorpion), make it accumulate the bubble there and hold it all the time. When it’s time to attack, it could just throw it with the movement of the tail. Of course, it doesn’t have to be a large bubble.

You know, I had the impression those were hand drawn! I think they would look cooler in 3D, though. I do agree that it’s less work for a 2D artist to do them, but since they’re just four, I think it could justify the effort.

I will try to do a drawing of one the secondary skills and see what I get.

When I do portraits, I always use a reference image (because I’m not experienced enough to do without), but I don’t put it underneath. That’s like “cheating”. But here, the goal is to do them faster, so I think I’ll use this method.

@val-gaav
Wow, that looks really good. It’s made with the exact style of H3.

I agree with OutSane though, they don’t seem to have a lot of things in common.

I have an idea on the town. It could be completely submerged in water and at the surface just have something (don’t know what yet). This way, it could be the only town that could be placed in the middle of the sea. It could have a ship yard built by default and heroes oriented towards navigation.

Think about the resolution though . All other projects do theirs towns for 800x600 and 256 colors. With VCMI new town and creatures could be targeted for something more up to todays standards like fe. 1366x768 and high color .

This is where basing your work around Vcmi gives you an advantage over WoG modders.

It worked for Hota why not work for this “atlantean” city(still looking for a name). For lore sake these creatures are a lot more powerfull but are forced to fight outside their naturals surrounding which balances things out

I am not dedicated to this town yet I am still probing(right now I would much rather work on a town like bastion which allready has a team but those guys arent very open with their work and language also is a huge problem cause everything is in russian).
About that rampart/nature idea I actually had something similar in mind before I even mentioned this sea oriented faction. I didn’t mention it because because when I saw the two towns creature lists the “atlantean” one looked a lot nicer.

Anyway since you mention the other town I was thinking about is a land race made of naturally magical creatures, they have would have buildings made predominantly of marble and here is a list of the creatures:
1 grant humanoid body and a head of a horse, they actually exist as a mythological creature which is a big plus for me
2 leprechaun (range)
3 sky hounds>chamrosh>cynogriffin (flyer) something like a griffin but instead of a lion its half dog half eagle
4 changeling>morphlings allready exists in wog just needs incorporating
5 faerie>Fay (range) fractal escape
6 troll (tank) cheap shot allready exists in h3 just needs incorporating
7 chimera>tarasque (flyer) body of a lion, head of a goat, a serpent for a tail and wings of an eagle

If you really want to make such faction then go for it but I don’t like this idea of “Yet another original town #9001”.

I am trying to make this town as less crazy as possible. By that I mean still using the old h3 formula. mythological creature that are recognized as much as possible, no wild game altering mechanics.

I have an idea on the town. It could be completely submerged in water and at the surface just have something (don’t know what yet). This way, it could be the only town that could be placed in the middle of the sea. It could have a ship yard built by default and heroes oriented towards navigation.

Town will definitely be submerged at least partially

on a side note talking about this town is clogging this topic so kindly please lets continue here forum.vcmi.eu/viewtopic.php?p=6731#6731 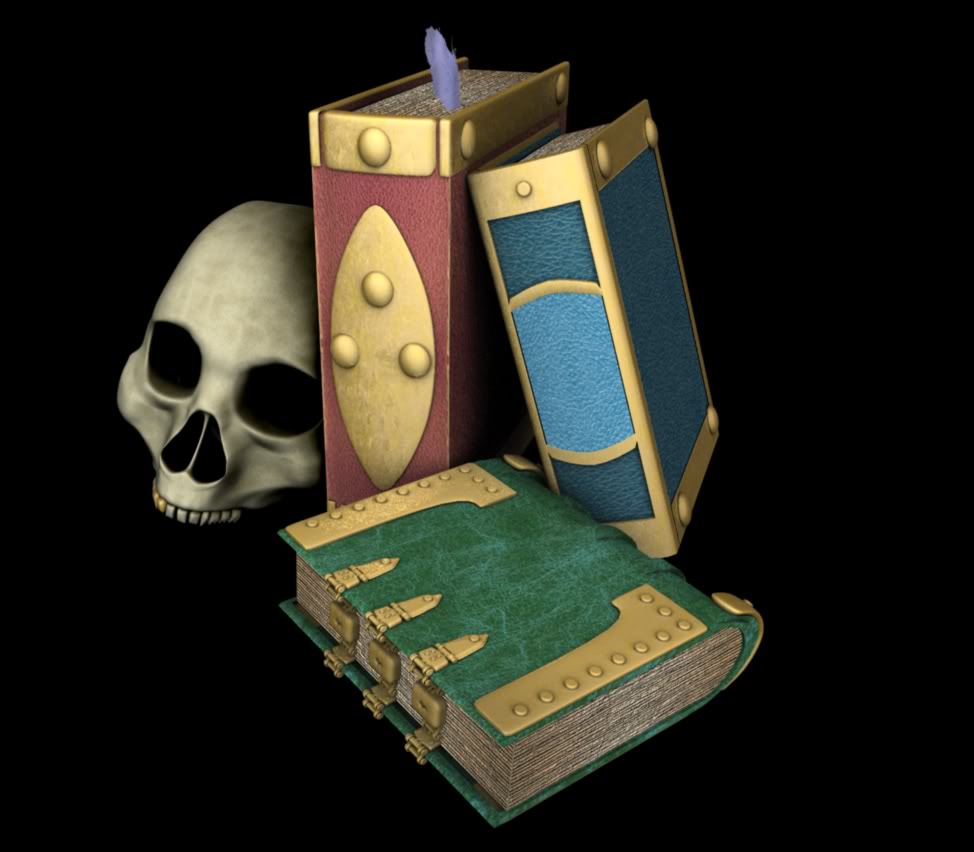 ExpertScholarWeathered.jpg974×852 66.1 KB
now I just need to take care of the little stuff like background texture and appropriate resolution render, but gonna do that tomorrow.
Ivan April 13, 2012, 8:30pm #27

AFAIK Tow said that there is not limit on animation in VCMI as far as number of frames goes.

There is no limit (apart from 48 FPS maximum) but long animations will be annoying. Probably better to keep them at the same length.

Think about the resolution though . All other projects do theirs towns for 800x600 and 256 colors. With VCMI new town and creatures could be targeted for something more up to todays standards like fe. 1366x768 and high color .

Most of their content (like units or buildings) is 3d models so they can be re-rendered. Bastion even released 3d town fly-by: youtube.com/watch?v=1mJyDwty9ek

Edit:
Nice! Green book is looking great:) Little complain about red one - bolts are too big and one of them is missing a pair - looks a bit weird for me.

Little complain about red one - bolts are too big and one of them is missing a pair - looks a bit weird for me.

its not missing first I put one but it looked really dull, this way it looks better, and on the huge bolts they actually used covers that big for bolts in the old books (probably for decoration) and IMO it should look a little weird

Most of their content (like units or buildings) is 3d models so they can be re-rendered. Bastion even released 3d town fly-by: youtube.com/watch?v=1mJyDwty9ek

yea I’ve drooled over that video a few years ago its really good. Hope to see it ingame

Final version is great, I’d choose it over original

I wonder how much time it takes to come up with such result?

Thanks
Hold on its not done till its an icon with all the specs (128x128 res, 8 bit, background texture) :). I just did the expert version gonna upload em all when I am done
On how much it took I am not really sure. It was less than 20 hours of actual work I’d say around 15, but on the bright side I can reuse the models (necromancy would be just copy paste and modify the skull + a red flame image background for egz. the books are also used in scholarship and other icons)
I also took Ivan’s advice to make the frontal bolts a bit smaller

Regarding 8 bit - yes, all H3 content must be 8-bit. Palette is quite specific so your 8-bit images won’t work in H3. VCMI can load 32 or 24 bit images correctly but there are several issues:

At this point all you can do is to render icons at sizes I mentioned and upload them with their 3d models so it will be possible to tweak\re-render them anytime.

I’ll fix the code so it will accept 32 bit images at least for hero-related icons. After this you’ll have to wait for next release or development build.

I find it amazing that h3 looks so good with only 256 colors lol. Also amazing how much time it takes to handle one [size=75] tiny icon [/size]. now I am thinking of rendering the images big (HD 2048 pixels) and after that down sampling will do minimal damage to them. For that I am gonna need to make a new background texture.
Gonna upload the models too so if any1 else comes along can use them too. Any prefered format for the models btw? Cause I am using softimage which is kinda the underdog in 3d application?

As Wargmonger said, I’d choose them over the original ones. They look really good.

BUT, I think they should have 16 bits color depth.

It’s not 256-colors game actually - H3 screenshot usually have ~3000 colors. For pure 256-color game you should check HoMM2. In H3 each individual image is 256-color but all of them are printed on 16-bit color screen.

Any prefered format for the models btw?

Don’t know much about them. Something that will work in as many apps as possible?

I have to do this at some point anyway. Currently replacing animation or image sets is too complicated for regular user IMO.

And note regarding images rendering - use .png or other lossless formats like targa with 24 bit color depth (or 32 - it’s basically same). Jpg’s or 16-bit depth will decrease image quality a bit.

use .png or other lossless formats like targa with 24 bit color depth (or 32 - it’s basically same). Jpg’s or 16-bit depth will decrease image quality a bit.

I was not using JPG photobucket seems to convert all images to jpg after you upload them. don’t know why but it forces me to upload the usable images in a zip archive

Here is the goods
4shared.com/get/TJbHbba8/Scholarship.html
You have the usable icons, models as well as high resolution versions.

I uploaded a preview in the replacing secondary icon thread here [forum.vcmi.eu/t/replacing-secondary-skill-icons/468/1)

There a number of various graphics with artifact: small and big icons, with and without background, and so.

My suggestion would be to prepare artifact images in some high resolution, and then shrink it (and add background if needed) to create actual images. AFAIR the biggest are images in ARTIFBON.DEF that are 58x64.

One question about the towns, is it worth doing new images of towns and if so can they be bigger than just 192x192?

I’m also curious of this, what do you consider high resolution for an artifact image?

If one were to make the image of an artifact in 2D, what would be the preferred size of the original artwork. I’m asking this because maybe in the future we could have bigger images for artifacts.

Would 150x150px or 200x200px be sufficient? Evidently, the interest in keeping it smaller is having fewer details so it takes less time to draw.

Maximum size of icons in H3 is 82x93 pixels. New images should be somewhat bigger for high-res so 256x256 is probably highest one. Something like 192x192 should work as well.

Besides - you can always larger image for artifact description dialog.

I’m not an artist, so it won’t look like a work of art. I’ll try to make it look better. I also try to make as close to the original as possible.

I am aware of its defects, but it’s too late now to concentrate. I’ll fix it tomorrow. 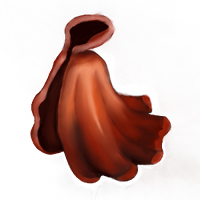 I’ve finished the image. You can find it here.